...not exactly, but it might be censored in the near future.

Once thought to be GREAT news since it guaranteed equal access and speed to the internet for all people everywhere, the government of the United States now controls access to the internet through the unelected agency, the FCC. 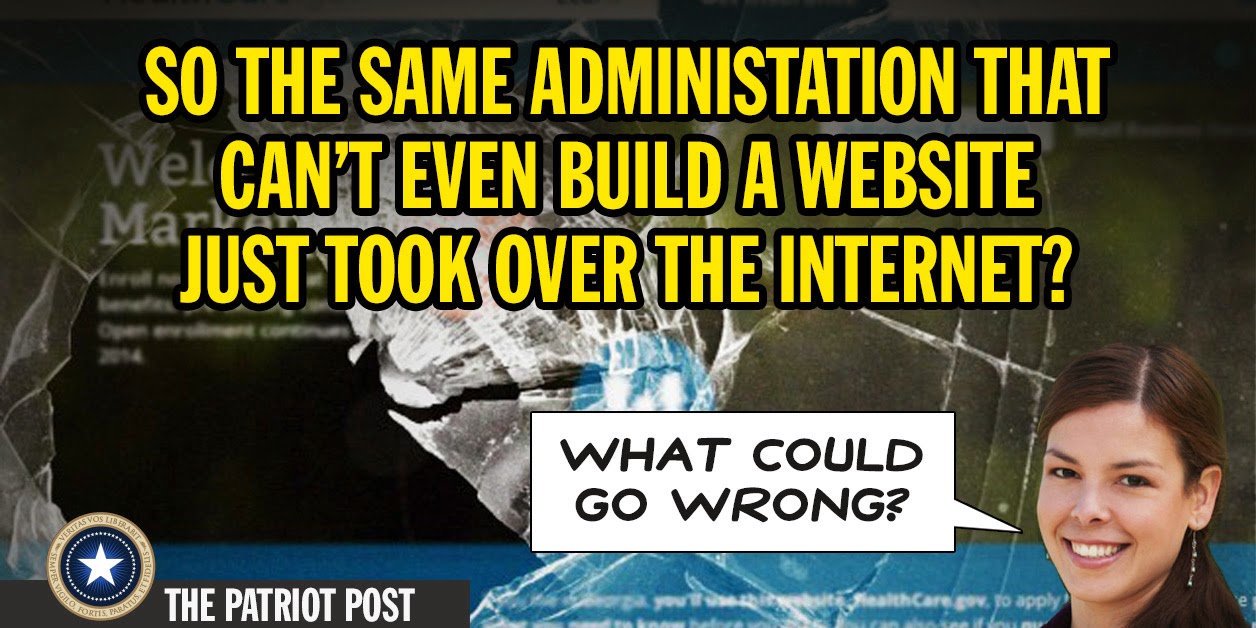 On the outside, this might be seen as wonderful news. No longer will Internet Service Providers (ISP) be able to restrict the speed of access to certain websites because the government now will keep those pesky ISPs from bullying anyone. It's very clear from the video below.

As you can see, the mighty Godzilla (ISPs) is destroyed by the even more powerful and destructive King Ghidora (FCC). Now, I'm all for the equal access of websites to the information superhighway, and it would be great news if the new regulator weren't an unconstitutional branch the federal government.

Walk with me through this possible scenario. Some future president is frustrated with certain elements/websites/newssites as he prepares his re-election bid. To help increase his chances of re-election, he directs the FCC to make sure that these certain newssites or information that might tarnish his reputation are not accessible to the public. I know this seems ludicrous as the government is "always trustworthy."

Ron Paul had this to say:


The truth is very different. The adoption of these FCC rules on the Internet represents the largest regulatory power grab in recent history. The FCC’s newly adopted rule takes the most dynamic means of communication and imposes the regulatory structure designed for public utilities. Federal regulation could also open the door to de facto censorship of ideas perceived as threatening to the political class – ideas like the troops should be brought home, the PATRIOT Act should be repealed, military spending and corporate welfare should be cut, and the Federal Reserve should be audited and ended.


I'm sure the government won't ever censor this blog, but not everyone will be so lucky.

UPDATE: Matt Walsh also had a few things to say about net neutrality.


That’s the funny thing about tyranny, folks, it never works out for anyone but the ones in charge. And you ain’t in charge. You’re just a rube. A useful pawn. A servant.
Why is this so difficult to understand? When forced to choose between big corporations and big government, you should never choose big government because whatever you don’t like about the big corporations WILL ALSO BE PRESENT IN BIG GOVERNMENT, ONLY WORSE, AND WITH GUNS.
I never resort to all caps, but I don’t know how else to communicate this. I’ve tried every other way. Should I write it in a poem? Say it in Pig Latin? Mail it to you in a candy gram? Communicate it via interpretive dance?
What can I do? What can I do to somehow force millions of oblivious people to understand that the government is not a magnanimous white knight that rides into town to rescue you from the scary dragon.The government is the freaking dragon.

Posted by Historicus at 6:06 PM No comments: