Remember my post from a couple of months back that even though the Republicans had won historic majorities in the house and senate that we can expect to be disappointed?

Well, it did not take long for them to disappoint:

Moderate House Speaker Boehner was re-elected to his post when much more suitable candidates (Gohmert, Stutzman...) presented themselves as alternatives.

It looks like the executive overreach that Obama conjured up to allow illegal immigrants to stay in the Unites States will not even be challenged by the new senate.

Now, the new "savior" government officials have fumbled an opportunity to end abortions in the United States for all babies older than 20 weeks. It looks like this is yet another Congress of big promises and small results.

It's a true shame on the anniversary of the dreadful Roe vs. Wade decision 42 years later and after 57,762,169 infant murders that the new Republican Congress fails to end this atrocity.

UPDATE: Add another failure to the Republican promises. Stopping illegal immigration has been sacrificed on the altar of increased government power convenience.
Posted by Historicus at 1:53 PM No comments:

I've backed off quite a bit from my overbearing political voice over the past few years, but it still interests me.

I ran across this graphic from The DailySignal, and I thought I'd pass it along in case you're interested.

I still think America missed a chance to elect one of the great leaders and statesmen since some of the founding fathers in Ron Paul. His son Rand is running and according to the chart is the most conservative presidential candidate. Right now, Ted Cruz is my choice. He seems to have a strong backbone and doesn't mind dropping a wrench in the government gears to get his point across. I'd rather the government gears get wrecked more often so they have fewer chances to spend my money irresponsibly. 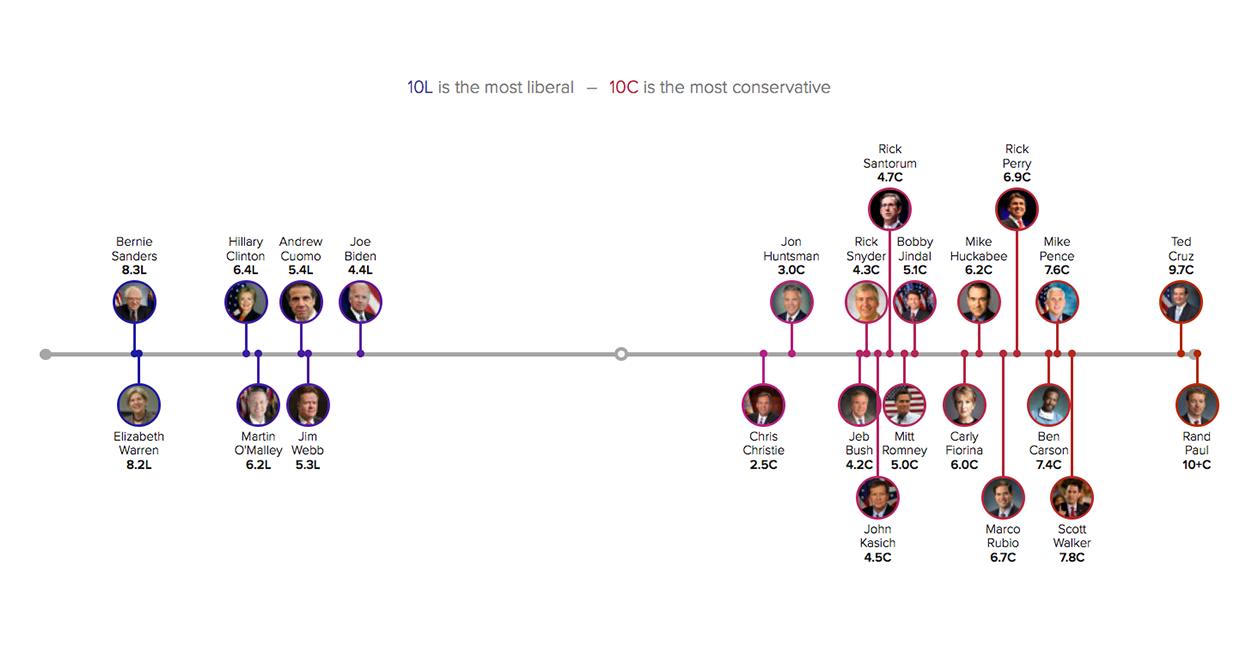 Posted by Historicus at 7:54 PM No comments: