Evolution of the Gaps

Sometimes, in Christians circles, the conversation goes around that since there are gaps in our understanding of how God created, that those gaps must be filled with something. Today's culture is so saturated with naturalistic thinking that in many cases, those gaps are being unnecessarily filled with evolution. It's fair to ask, "is evolution a proper gap-filler for Christians?"

First what is evolution? Evolution is best understood as a natural process that changes living things from one thing to another, so that they can better survive and reproduce in their surroundings. In the 1800's Charles Darwin proposed a mechanism for evolution called natural selection. The idea for natural selection is that some creatures have differences from their siblings that allow them to have a greater chance at survival and reproduction, and so their traits will be passed on to subsequent generations. The leading atheist of our day, Richard Dawkins says, "“Although atheism might have been logically tenable before Darwin, Darwin made it possible to be an intellectually fulfilled atheist.”

More recently, with the advent of modern microscopes, scientists have developed the science of genetics. Genetics is the study of DNA and how the information in our genes control the mechanisms of life. The science of genetics has found that when DNA is copied, there are sometimes copying mistakes called mutations. These mutations are said to be the raw materials for producing new features like wings or echolocation.

These processes are said to have taken a billion years or so to go from the simplest common ancestor to today's brightest humans. All together, genetic mistakes, natural selection and lots of time are the mechanisms of evolution. And because these processes are all said to occur naturally with no supernatural intervention, then there's no need for a creative God.

Biologist William Provine said, "Belief in modern evolution makes atheists of people. One can have a religious view that is compatible with evolution only if the religious view is indistinguishable from atheism."

Why should Christians explain creation with both evolutionary mechanism and deep time, which requires no God, to explain something that God did? So, if Christians think there are gaps in the Genesis story, it doesn't really make sense to fill those gaps with evolution. 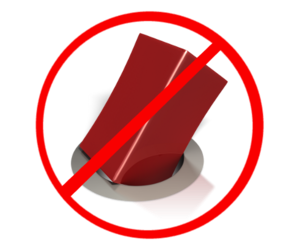 Posted by Historicus at 7:05 AM